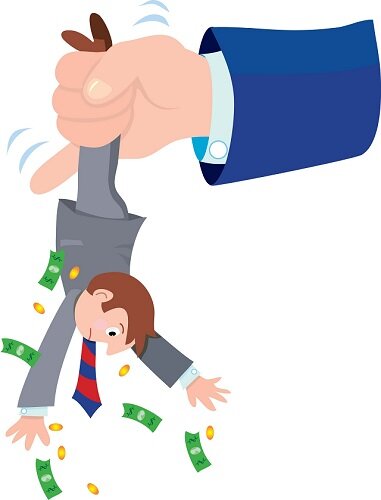 The wholesale cost of roaming is a closely guarded secret, but recent revelations by Wind have shed light on shockingly high margins.

Roaming is a huge concern for consumers and businesses, but a closely guarded secret is how little it actually cost your phone company. However, with a recent revelation by Wind Mobile we’ve got a hint.

Wind mobile recently pointed out that the CRTC’s regulated wholesale rate, the roaming rate that incumbent providers can charge the small carriers, at $1000/GB is much higher than what they are charged by their US roaming partners. The quote that sticks out the most is one by Wind Mobile’s Chief Regulatory Officer, Simon Lockie:

The rate that we were successful in getting from this U.S. carrier, to whom we mean nothing, is 3.5 times less than what these legislated caps will provide

Initially this was thought to be in reference to the wholesale roaming rate charged by the carriers, but it turns out that this was in reference the the retail rates that the incumbents would be capped at charging Wind. A further clarification on the rate that was charged to Wind by foreign carriers came out later:

“The rate they offered us was a thousand times less than what we were able to get from the domestic incumbent,”

Full quote can be found here at Cartt.ca

If this is taken at face value, we’d be looking at a wholesale cost of $1/GB when roaming in the US.

To add fuel to the fire, Wind Mobile is likely paying a higher rate than the large carriers owing to the fact that they are a small carrier. The markups of the larger carriers are probably even higher than this.

So let’s put some numbers in perspective here comparing the rates that carriers charge vs. their cost when consuming, something that would be comparable to 2-3 days of moderate usage on a high end smartphone. 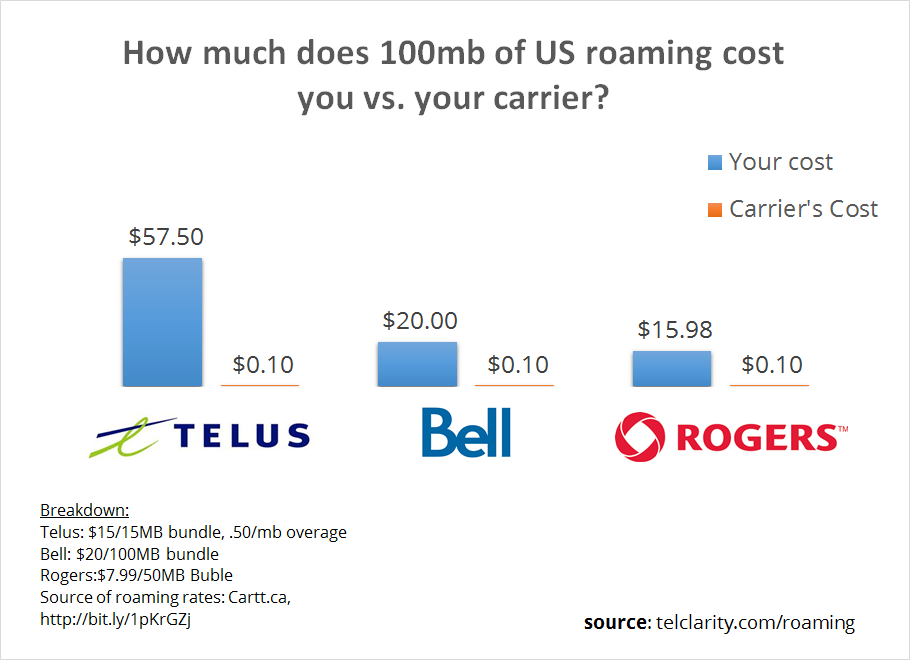 This represents an up to 50,000 percent markup!

This isn’t to say that there aren’t other ancillary costs including admin, and let’s not forget the huge overhead of running a wireless, but it is absolutely insane that they can get away with charging this much.

In a functioning market the carriers would be undercutting each other to capture more market share. The reality is that they don’t have to since roaming costs are often of secondary importance to consumers.

Obviously when working with businesses roaming rates is often one of my top priorities since it is the most challenging cost to control.

Still, you can’t help but be angry about this.