Sometimes your carrier isn’t always what it seems. Image courtesy of Pierre Tourigny on Flickr

All too often companies rely on their carriers to provide them with expense management. Talk about letting the wolf run the hen house.

It’s almost a tacit admission of how bad carrier invoices are that they need to offer, and charge for, software tools to make it possible to understand their bills. But in the quest to get their fingers in every possible revenue pie the carriers are now in the telecom expense management industry. They do this typically by white-labelling products from major TEM vendors.

There are other major issues with them providing this service. A few of them are as follows:

It’s a clear conflict of interest isn’t it? It’s a good sign that carriers are beginning to offer solutions for their clients to monitor their usage. The problem is that you’re often missing out on other savings because you’re not being benchmarked against other competitors. Many of the carrier platforms can even import usage information from their competitors which puts you at a disadvantage because they can see the pricing you are getting from their competition.

Don’t believe the hype from your carriers. An independent expert is the only way to ensure that your interests are served and you are receiving the best value from your telecom spend.

This isn’t to say that there aren’t some amazing carriers and dealers out there. The strong relationships I have with all of them is a testament to it, but there are often conflicts that are hard to overcome and this is one of them. 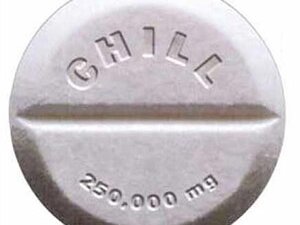